Custom audio imaging, sound design, post-production, mixing for podcasts, television, radio, and web, and original music composition for the app/video game, television, VR, and film industries is my skill, my talent and my passion.  As a Telly Award winner in sound design and post production and former Senior Sound Designer for EA Sports (and music composer for the Tiger Woods PGA Tour franchise), I know what it takes to create the ultimate audio experience, tailored not only for your specific project, but more importantly, for your target consumer.

What People ARE Saying 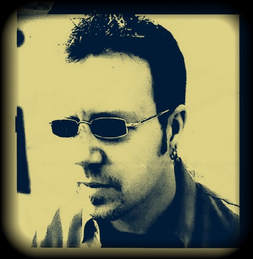 ​NASCAR 3 Heat - review, Sept 2018 - True Achievements
“The sound too has been polished. The thumping soundtrack returns, as does the victory theme tune that players can choose. You can also hear the cheers of the crowd as you race past the grandstands and the spotter does an admirable job with the instructions and warnings being very audible.”

NASCAR 3 Heat - review, Sept 2018 - cogconnected.com
“With the same brush stroke Nascar Heat 3 sounds fantastic......... It features an upbeat soundtrack complete with a variety of musical genres, crowds that go crazy cheering you on as you speed past them, and a spotter that gives helpful audible (cues) throughout the races”


Mike Taramykin, Executive Producer , Electronic Arts/Hyp Sports
“Rob is a tremendous talent in the areas of audio design and (music) composition. He is one of the most talented musicians that I have ever worked with and can easily adapt to any musical style or genre. In addition to creative talent, Rob is also very laid back and incredibly easy to work with.”

Review of Tiger Woods PGA 12 - Game FAQ's
......"And this game has possibly the best soundtrack of any sports game. It's amazing. Seriously, every track is mind blowing. I've never heard such moving menu music. The game has a juke box of sorts, which is awesome!"

Matt Dunn, Touchgen.net Review - 5/25/13
“The graphics and sound in Tetris Blitz are fantastic, with some great modern renditions of the original Russian musical themes and some great enhanced effects for the various power-ups in the game. The animation is smooth, and the colorful visuals are slick. It’s what you tend to expect from EA published mobile games.”

Eric Gray, Social Media and Content Producer - Universal
“Rob is a musical badass. We have worked together on many projects while at EA SPORTS and his level of professionalism and creativity are unmatched. A+”


Amy Kraft, Producer, Scholastic - Sesame Workshop
"I think the music matched all of the locations perfectly, and I still love the Theme song even after hearing it a few thousand times!"


Sierra - Vivendi - Berkeley Systems
"Rob is highly dependable, reliable, makes himself available, and holds his own work up to the highest standards. I felt like I was his only client - when I know for a fact I wasn't. Customers were writing in asking if were going to make a CD of the music he did for the Austin Powers game! If I could hire him full time, I would. You'd be foolish not to!"


David Calabrese, Senior Software Engineer - Microsoft
“I had the opportunity to work alongside Rob at EA for approximately four years, and can say without a doubt that Rob is one of the most talented “can-do” composers, audio post & sfx generalists I’ve ever met. Hard working and always up for a challenge, beautiful music pours forth with a quality matched only by his friendly & easy-going attitude. It sounds trite, but Rob is both a great guy & great at what he does. (Recommended listening: “Golden Blimp” from his personal web site samples.)”

Doug Rappaport, Producer
“Rob is seriously one of the best audio guys I have ever worked with. He's super fast, does high quality work, and is extremely reliable. I would recommend his services to anyone.”
​